Why use a Family Trust 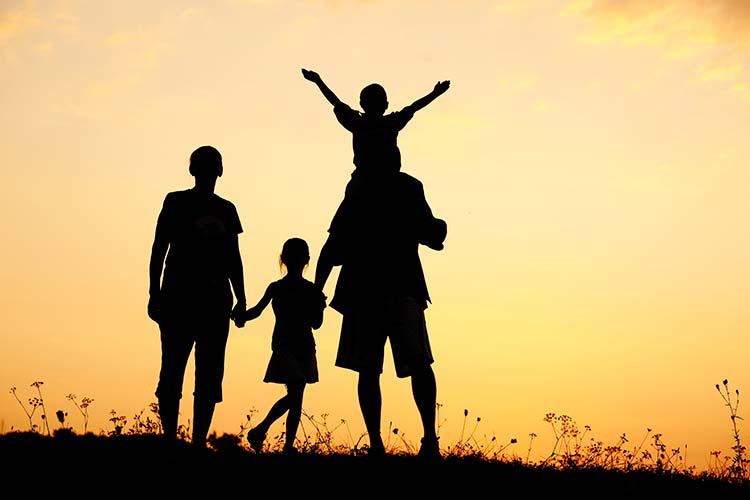 The smart money is still in family trusts, even though the tax man has been chipping away at them. The ability to arbitrage tax between family members, protect assets from creditors, and help with succession planning makes them as useful as ever in wealth creation. Advisers have fresh strategies like setting up loans from the trust to family members to buy investments and deliver wider tax breaks or investing in insurance bonds to access lower aged care fees.

But many are nervous about threats from the Australian Taxation Office, which is cracking down on payments from trusts to companies where the money is not actually paid but remains in the trust. This could affect thousands of small businesses and farming operations that rely on the funds staying in the family trust as working capital. The ATO wants these "unpaid present entitlements" deemed as dividends paid by the company and therefore taxable by the trust at the highest marginal tax rate.

Despite this and other challenges (including the government change in 2011 to how income could be distributed to children) family trusts remain a preferred way to hold income-earning assets, says Kelly & Co Lawyers partner Marc Romaldi. A family trust is a discretionary trust set up to hold a family's assets or run a business. "For tax and investment they are as popular as ever," he adds.

"They may have a role when a tax rate arbitrage exists within a family group, i.e. when different members are on different tax rates," she says.

"In cases where the income of individuals is highly variable, it can be difficult to determine who in the family should own which asset or assets for the long term. One solution is to set up a family trust where the income from the assets is distributed to family members each year depending on their tax rates."

A further opportunity to take advantage of tax arbitrage arises when money is put into a family trust, which is then lent to the high income-earning individual for investment purposes.

Instead of paying interest to the bank, they pay it to the family trust and the income is distributed to beneficiaries on low or nil tax rates.

The result is that interest is tax-deductible at 46.5 per cent to the family member who borrows the money, and the beneficiaries receiving the interest pay little or no tax.

Multiforte Financial Services director Kate McCallum says if money is loaned from a family trust to a beneficiary to buy property, don't rely on the trust structure as asset protection if there is a claim against the property, such as a divorce settlement.

The Family Court can now include trust assets as part of the wider matrimonial pool, McCallum says.

Another use for family trusts is in helping those who sell substantial homes to access lower income-tested fees when they move to an aged-care facility, saving thousands of dollars over several years.

A leaf from Centrelink's book

She says someone who sells a big property to fund their way into aged care may wish to set up a family trust that then invests the house proceeds in an investment bond. Because such bonds don't distribute income, no assessable income is registered against the trust and the person may pay little or no income-tested fee. They may also be able to retain aged pension entitlements.

Lawton notes that from July 2014 this may no longer work as the income-tested fee will be replaced by a means-tested fee – so where the resident has no assessable income but plenty of assets, they will be hit with the fee regardless.

A key benefit of having a family trust is that the trustee – generally mum and/or dad – gets to decide each year on the distribution to beneficiaries of income earned by the trust so that minimal tax is paid.

The income beneficiaries of a family trust will usually be the taxpayer trustee and spouse, their company, adult children, children's spouses, grandchildren and their spouses and any registered charity. Capital can also be distributed, often to the same beneficiaries. So income goes to family members on low incomes who benefit from the marginal tax scales.

Meanwhile, depending where the money is invested, the trust can be used to build wealth for future generations.

Deloitte Private tax partner David Pring says family trusts generally hold assets likely to appreciate in value – such as shares or land – rather than cash. This allows any capital gain to be distributed to individuals and taxed at concessional rates. Cash is often invested in a company until the cash is needed.

Given that most families don't know how things are going to pan out in terms of marriages, divorce or children, trusts also offer the trustee the ability to quarantine certain assets from their will.

Where a will and anything that forms part of an estate can be contested, a family trust is regarded as a separate entity and the assets within it are generally protected.

Flexibility is another advantage. Unlike a superannuation fund, holding assets within a trust doesn't necessarily lock them away for years.

Family trusts also allow for succession planning and the transfer of wealth to future generations without immediate tax consequences.

Another key feature is the critical asset protection they give to the country's thousands of small business operators and farmers whose companies often operate through a family trust structure.

Family trusts are a feature of the Australian business landscape, says the Institute of Chartered Accountant's Paul Stacey.

"They very much serve a legitimate commercial purpose," he says. "As well as providing working capital for a business, they protect a business owner's personal assets from their business assets if a business goes down the gurgler."

Family trusts and the ATO have a long history. Because of the ability to structure things so that less tax is paid, the ATO has maintained a strong interest in the intricacies of how they operate.

In recent years trustees and their accountants have been forced to pay particular attention to how they operate, with influencing factors coming from the High Court challenge in the Bamford case on what income can be distributed when and to whom.

Other ATO crackdowns include the distributions to minors and companies. The 2011 removal of the low income offset threshold of $3333 for unearned income for minors under 18 years of age means families who routinely distributed profits up to this cap to their children can no longer do so. The most they can now distribute to minors tax-free is $416.

There are, however, often other family members aged over 18 who are on low marginal tax rates who can receive the trust income, such as adult children who are studying or a low-income-earning spouse.

Haddan says that, where these changes have caused trustees to question the value of maintaining a trust, further cost-benefit analysis may be warranted.

"Look at the family group and decide when you are going to get the advantage," Haddan says. "If a child is five now, then you will have a while to wait but in the meantime your spouse might stop working. Or if a child is close to turning 18 and planning to study, then it may be worth keeping it going."

Depending on that child's situation, it may be possible to distribute up to $18,200 tax free.

Another significant advantage of holding investments in a family trust – as opposed to a company – is that where the trust makes a gain, 50 per cent of the amount is tax-free provided that the asset is held for more than 12 months.

Prescott Securities adviser Samuel Garreffa says that, where individuals own, or look to own, multiple investment properties, it may make sense to hold the properties within multiple family trusts as a way of reducing land tax payable each year.

Because land tax is calculated on a tiered basis according to the property value, each trust would be able to take advantage of the tax-free threshold that applies, depending on the state or territory in which the property is held. It is important to seek advice before deciding how to structure ownership of the property.

Garreffa says this structure may have further estate planning benefits as the assets held in the family trusts may be quarantined (except in NSW) from challenges to an estate from disgruntled beneficiaries.

Woodbury Financial Services principal Errol Woodbury says he would generally recommend a family trust only where assets exceed $300,000, or lower if there is potential to increase the wealth quickly.

"If a client is younger than 40 and needing flexibility, the family trust is often used to hold assets outside superannuation," Woodbury says. "We often interchange the family trust and super as part of the overall wealth creation strategy. Depending on a person's age, we may try and maximise the super contribution levels first and then use surplus funds for the trust. If a client isn't maximising super contributions, we may shift assets from the trust into super, pending costs and tax."

Families are also using trusts to assist in "family financial planning".  "This is where families have a conference around the dining room table and discuss money, including different investment options, what to do with a distribution, charities to donate to, etc," says Woodbury. "As an adviser we are often invited to explain and educate how these trusts work to the next generation so it is a seamless transfer of wealth."

The above information has been provided to you as background information should you be considering to purchase a property in a family trust.  Grace Loans can assist you in applying for a loan if you are considering that situation, but it isn't easy, and not all lenders will even consider it, so you should talk to us about the finance before you make a final decision.

Back to Learning Centre

Get the latest mortgage and loan advice from the experts at Grace Loans.

Grace Loans and Bethany Massey are Authorised Credit Representatives of BLSSA Pty Ltd, Australian Credit Licence number 391237. Authorised Credit Representative nos. GL: 523940, Bethany: 513202. Content of site may not be fully up to date as lenders are constantly changing their loans and policies. Any advice provided on this website is of a general nature not taking into account your personal objectives and situation. Such matters are important to consider prior to taking any action. Please make an appointment to discuss your specific situation so that appropriate advice may be given with regard to suitable products using current information.